Dating has become impossible these days, too many games. Don’t do this, or that will happen, I literally can’t be bothered with it all anymore! Let me tell you why!

The purpose of a date is to spend time getting to know someone to determine if there is mutual interest. So my question would be why can’t that be accomplished by meeting somewhere and hanging out? How does this determine if a dude is a man or not? What’s wrong with linking up with someone and doing whatever comes to mind if the intent is to actually get to know them. Why is there a demand for a ‘classy’ spot and why is there an assumption made that a man not planning a classy date is somehow a sign of a fragile ego or that he’s broke. I seriously doubt, a woman would be able to come up with a logical explanation for those questions is why most men like me would be turned off by a woman with this kind of mindset. Because it seems very clear that her intent isn’t to get to know the guy but for her to have a fancy date for Instagram/Snapchat!

TBH, nobody’s easy to date. Everyone has their insecurities, flaws, and certain ways of doing things that make us who we are. Perfect people & relationships only exist on TV. The most important thing is finding someone who likes you on your worst days and will fly through the hard times.

I’m truly fed up, done, and possibly finished with dating! I always hear stories about women not being able to trust guys because they’ve been cheated or treated them bad or even worse hit them because of past relationships because of their shit decision on ‘good guys’ etc. Hello, honey. Some men have gone through shit with women but we’re still here trying to find our special one as well! Stop being so self-centered! But why the eff when you get a great guy, you ignore him, call him your best friend and when he falls for you, you give him some bullshit how you’re not ready for a relationship then two days later you’re in bed with some next guy who doesn’t give a eff about you? But all men are trash, right? You wonder where the good guys are? They’re out there! A man can be nice to you, respect you, pay for your food (because you’re out of work), walk you home but you consider him boring *sighs* If your ex, was a nice guy and did you dirt, wellllllllllllllllll he wasn’t a good guy! Get over it!

You just have to learn how to read the dude and see what his intentions are, there are guys who will be respectful as f  and you can get to know them and see how they live and have a great time. Don’t let them fuckboys (I actually hate that term but let’s use it for this purpose to empower these women) out there ruin shit for the good ones. It’s very easy to pick up the trash men with the red flags. If all he does is ask you for pics, talk to hella hoes and tell you to ‘come chill’ at 2am then yeah, you might have to reconsider who you’re dealing with. Nevertheless, if he seems genuinely interested in you and there’s a connection, what is wrong giving him a chance. Use your judgment, better yet, use your common sense because of some of y’all are ‘very stupid’

If a man tells you that he doesn’t want a serious relationship with you, it doesn’t matter what his actions are. He’s not leading you on. You’ve clearly been told what it is. A man can be nice to you, respect you and treat you like a lady without wanting to be in a relationship with you. Because if you need a man to treat you like shit in order for you to believe him, then honey, you need help as you possibly have mental issues that need addressing! There are several factors that go into a man deciding to be in a committed relationship with a woman. Very small tip, don’t act clingy!

A man can really like or even love a woman and still decide not to get into a relationship with her for a variety of reasons. I think the ‘if he really likes me, he’ll commit to me’ mentality is one of the main reasons women experience so much heartbreak in dating. They seem to fail to comprehend that things like timing, maturity, life experiences, career choices, etc, impact a person’s relationship decisions too. So it’s thinking like this that often cause a woman to think and behave in a way that disrupts the natural dating process and ruin situations that could have potentially turned out to be their ‘happily ever after’ if their flawed ways of viewing men and relationships hadn’t got in the way. 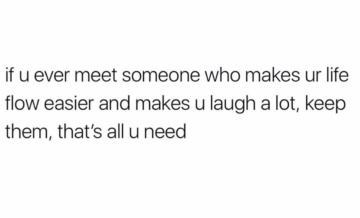 This generation loves hiding feelings acting like they don’t have them but wonder why their relationships keep failing. Does ‘talking’ encourage or hamper commitment. The “more than talking but not quite a relationship” stage whilst the last two stages is nothing to write home about. Again, my contention is with the expectations which breed confusion and probably lead to disappointment. I’m suggesting abolishing the ‘talking’ and other phases altogether and skip to the part where we’re committed. It just doesn’t seem plausible to have so many stages before a relationship. We do ourselves a disservice by delaying intimacy.

Women, in particular, have unrealistic expectations and increase the chances that she eliminates a quality man for a stupid reason and treats normal male behaviour as if it is a problem. Any woman that thinks a man is going to move mountains or jumps through hoops just to be with her is delusional as hell. The goal should be to make dating you be as smooth and enjoyable as possible. Not a massive task that no-one will want to do. I agree that a man will make his interest in a woman known. But I don’t think a woman is going to be instantly be viewed as someone important to a man, especially if they just met. What difference does it make if I prefer a text message to a call and what words he uses to compliment you, does it really mean a damn thing? Two irrelevant things for a woman to judge a man negatively over. A woman that expects a man to do anything to show her that she is his world is also delusional. Any woman that thinks the world revolves around her will have always have trouble dating and establishing a relationship. And in the end, they state that any man that isn’t doing all of this fairytale bullshit needs to be left. This is how clueless about relationships and reality a lot of women actually are!  Major myth women seem to believe about men is that men love to chase a woman. A chase is when someone is actively pursuing someone that doesn’t want to be caught and isn’t showing interest in the person chasing them. (Nothing more to be said there!)

The idea that a man isn’t considered to be a man if he doesn’t pay 100% of the bill is complete bullshit. That sounds like some reverse psychology some broke chick would try to use. Anybody that thinks manhood is determined by paying the first bill is a dumbass. (I have always paid for the first date in case you guys think I am broke) A first date is just to get to know each other and set the tone of your interest in the person. These expensive restaurants or whatever is just risky because it becomes about the date rather than each other.

You’re only doing yourself a disservice by dating multiple people (at the same time) cause you may have the one in front of you, but because someone else does some monumental thing to take you away and later you realize that person wasn’t shit and you find out the other person is a rider. Yup, you fucked up! Tell a woman to compete for a guy with multiple women and they lose their minds. SMH. The hypocrisy. But we must compete with other men. That makes sense, doesn’t it? *sarcastic laugh*

The biggest problem I see with women that fall into “I don’t need a man” mindset is going into dating hoping or expecting it to result in marriage and having an inflated sense of value about themselves. Having that kind of mindset throws off the natural course of the meeting, dating, falling in love and then getting married because the woman is making wedding plans from the jump and if the guy never gets to the point, she is hurt or disappointed because he didn’t live up to her preconceived notions about where the relationship would lead. Or she expects men to bend over backward for her because she feels she is such an awesome catch. Ladies, no man wants a woman who constantly talks about how much she doesn’t need a man. That’s probably why so many independent women are by themselves proving how they don’t need anybody in this world. When we all want someone to call them their bae.

We’re all taking risks when you go on a date which is what a lot of people don’t understand. Nothing guaranteed but you can’t stop from making efforts towards building and establishing a healthy relationship.

The lessons I’ve learned from dating/relationships is to stop doing the most to try and convince the other person that I’m ‘worth’ their attention/effort. They either going to rock with me or they will not. I shouldn’t have to bend over backward to ‘prove’ anything to them. The problem is y’all choose people who are good for your image instead of choosing those who are good for your spirit.
.
*Mic drop*
.
As I said at the top of the blog, I am done with dating! 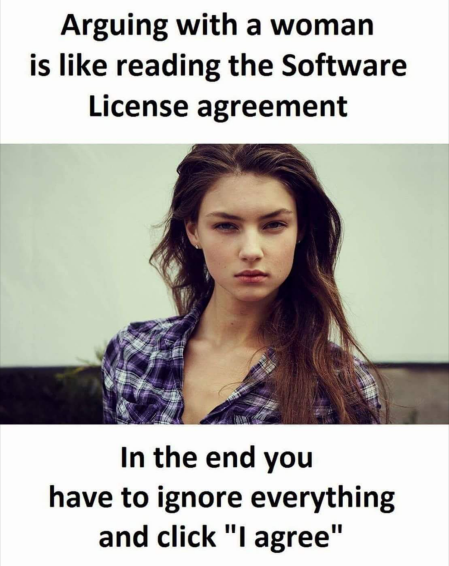